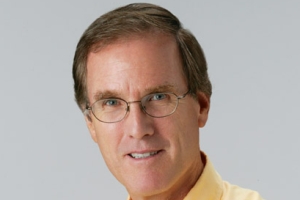 Topic: The fight for fair financial services: a battle the consumers movement must win

In 2010 Consumers International (CI) launched a major international campaign for fairer financial services. In just six months CI and its 220 national member organisations succeeded in elevating the issue onto the agenda of the G20 leaders’ summit and raising its profile with G20 finance ministers. There is now powerful international momentum around the issue.

Ahead of his key note address to World Congress on the fight for fair financial services. Mr GUEST will outline the abuses of consumer rights within the financial system, the critical elements of the G20 campaign, and what consumers around the world can do to help secure their financial futures. He will also make a brief introduction to CI and also the aims of World Congress in Hong Kong,

Mr. GUEST is Consumers International’s Vice President and also President and CEO of Consumers Union in the U.S. Consumers Union is an expert, independent, nonprofit organization whose mission is to work for a fair, just, and safe marketplace for all consumers. As the CEO of one of the leading nonprofits in America, Mr. GUEST has transformed the mission-driven organization into a multimedia publisher that engages regularly with its readers, including more than 8 million subscribers to CU’s products and services and 600,000 online activists. Mr. GUEST’s previous experience included being Vermont’s Banking and Insurance Commissioner, Secretary of State, and Secretary of Development and Community Affairs.