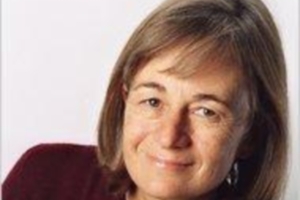 A nuclear-armed nation of 170 million people, Pakistan is of vital interest to the United States and the West. But it has also been the site of a series of increasingly well-organized attacks against military and police installations by groups that appear intent on overthrowing the Pakistani state.

Ms. PERLEZ has been a reporter for The New York Times / International Herald Tribune since 1981, and a foreign correspondent for more than 20 years. Most recently, she has been the newspapers’ foreign correspondent in Pakistan, and played a central role in The New York Times’ Pulitzer Prize for International Reporting this year, which was cited for “masterful, groundbreaking coverage of America’s deepening military and political challenges in Afghanistan and Pakistan, reporting frequently done under perilous conditions.” Before going to Pakistan, Ms. PERLEZ was based in London and had served as chief diplomatic correspondent in Washington. She was also bureau chief in Nairobi, Warsaw, Vienna and Jakarta. In 2005, she was honored with an Overseas Press Club Award for her environmental coverage from Indonesia.