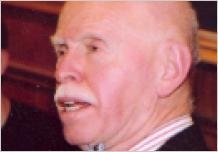 “Soft Power” depends on more than Confucius Institutes. A nation’s reputation for justice and protecting both its citizens and foreigners against arbitrary government actions is an essential ingredient of “Soft Power”. The administration of George W. BUSH badly damaged the human rights reputation of the United States. Thus far, President OBAMA has repaired some of that damage, but progress has been slower and more difficult than many expected. Despite the Beijing Olympics and Shanghai’s Expo, the PRC’s recent efforts to boost its image abroad have been hampered by the Communist Party’s continuing preference for repression rather than institutional reform. How can these two governments better compete in the “Soft Power” arena?

Professor COHEN, former Director of East Asian Legal Studies at Harvard and Director of Asia Studies at the Council on Foreign Relations, spent over 20 years negotiating contracts, settling disputes and dealing with criminal cases involving China before returning to fulltime teaching at NYU. He continues to consult on human rights cases in China, to cooperate with many law reform projects there and to serve as an arbitrator of China-related business disputes.