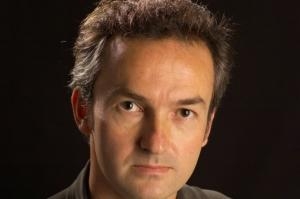 Topic: How Asia Works: success and failure in the world’s most dynamic region

Joe STUDWELL will talk about his latest book, How Asia Works, and how he planned it as the book he wished he had read before he started working as a journalist in East Asia in 1990. He will provide a thematic deconstruction of differing economic development outcomes in the nine major East Asian economies – Japan, South Korea, Taiwan, China, Vietnam, Thailand, Malaysia, Indonesia and the Philippines, by examining critical policy differences in the areas of agriculture, land reform, manufacturing, and finance.

Joe STUDWELL has worked as a freelance writer and journalist in East Asia for more than 20 years. He has written for the Economist Intelligence Unit, The Economist, the Financial Times, the Wall Street Journal, the Far Eastern Economic Review, the Observer Magazine and Asia Inc. From 1997 to 2007, Joe was the founding editor of the China Economic Quarterly (CEQ). He was also a founder and director of the Asian advisory firm Dragonomics, now GaveKal Dragonomics.