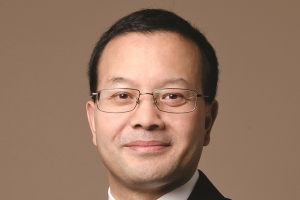 Topic: Inside China’s Shadow Banking: The Next Subprime Crisis?

Is shadow banking in China likely to become the source of the next global financial crisis or simply a little understood area of the enormous Mainland economy? Using his new book Inside China’s Shadow Banking: The Next Subprime Crisis? As the basis, financial industry expert Joe ZHANG is ready to pull back the curtain on this sector and explain how shadow banking in China impacts the regional and world economies. Within shadow banking, China’s microcredit industry is an area of tremendous interest for most business analysts. Mr. ZHANG will pinpoint areas of concern based on his experience in the field, as well as his knowledge of the complicated rules and regulations of banking in China gathered during his years as an official of the People’s Bank of China.

Joe ZHANG is an independent corporate advisor based in Hong Kong. From 2011 to 2012, he was Chairman of Wansui Micro Credit Company in Guangzhou, China. He was named “A Microcredit Person of the Year” in January 2012 by the Microcredit Association of China. He had worked for 11 years at UBS, mainly as Head of China Research and then Deputy Head of its China Investment Banking Division. From 1986 to 1989, he was an official of the central People’s Bank of China in Beijing. From 2006 to 2008, he was the Chief Operating Officer of Shenzhen Investment Limited, a property developer.