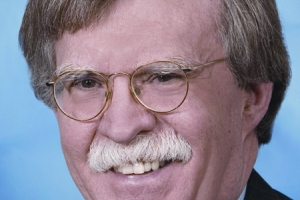 Ambassador BOLTON, a prominent American neoconservative, contends that President OBAMA does not give international affairs the same priority as previous American Presidents, nor does he see the world as threatening. Although in earlier times this combination would have typically led to a policy of isolationism, in President OBAMA’s case, the result is a less assertive and more multilateral American foreign policy.

From the North Korean and Iranian nuclear weapons programs, to the global war on terrorism, to the Arab-Israeli peace process, to relations with Russia and China , and much more, President OBAMA’s inclinations, if implemented, will align the United States with the long-standing prescriptions of European social democrats and their international allies. The only question for Ambassador BOLTON is how much damage the President will do to long-term U.S. national security interests before his time in office ends in three or seven years.

The speaker currently serves as a Senior Fellow at the American Enterprise Institute. His area of research is U.S. foreign and national security policy. Ambassador BOLTON served as the United States Permanent Representative to the United Nations from August 1, 2005 to December 9, 2006. From June 2001 to May 2005, Ambassador BOLTON served as Under Secretary of State for Arms Control and International Security, also in the Bush Administration.