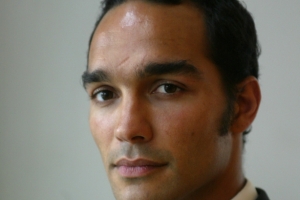 BO Xilai’s fall from grace is an extraordinary tale of excess, political purges, ideological clashes and the Byzantine dealings of the Communist Party’s great families. Mr. GARNAUT will talk about how BO’s Chongqing provides a unique core sample of how power works in China and shows how BO’s fall is the back-story to the rise of XI Jinping. Amid fears that BO was leading China towards another destructive Cultural Revolution, will BO’s opponents seize their chance to destroy not only BO the person but also what he is deemed to have stood for? Or was BO’s recent “no-show trial” in Guiyang an omen that it is all too hard?

John GARNAUT is the China correspondent for The Age and The Sydney Morning Herald and also covers elite politics for Foreign Policy magazine. His work on China has been recognised with several awards, including the 2009 Walkley Award for Scoop of the Year, for reporting the detention of Australian Rio Tinto executive Stern HU. He is the author of “The Rise and Fall of the House of Bo”.