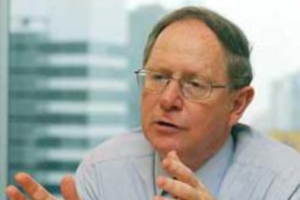 John GREENWOOD will explain why the current recession is different from many of its post-war predecessors, and what this implies for the developed economies, as well as for economies in the Asian region. Mr. GREENWOOD believes that the world entered the present downturn in late 2007, but the severity of the recession worsened abruptly after the bankruptcy of Lehman Brothers last September. If recessions are pictured as a bowl-shaped valley, then travelers through this valley discovered last October that there was a canyon at the bottom of the valley. If developed and Asian economies are now emerging from the canyon, what are the key drivers that will determine the profile of the terrain to be traversed over the next year or two?

At the regional level, Mr. GREENWOOD will share his views on the prospects for Asian trade, and for the development of an international reserve currency that could substitute for the US dollar. He will also discuss the likely shape of monetary and regulatory reforms in the aftermath of the credit crisis.

Mr. GREENWOOD is Chief Economist of INVESCO. After postgraduate research at the University of Tokyo and the Bank of Japan he joined GT Management in Hong Kong and later in San Francisco. As editor of Asian Monetary Monitor he proposed a currency board scheme for stabilizing the Hong Kong dollar in 1983 that is still in operation today. He is a member of the Committee on Currency Board Operations of the HKMA, and a member of the Shadow MPC in England. He has an MA in Economics from the University of Edinburgh, and was recently awarded an Honorary Doctorate. In 2007 Hong Kong University Press published his book, “Hong Kong’s Link to the US Dollar: Origins and Evolution”