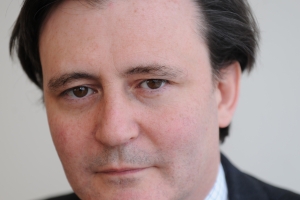 Increasingly the print media is linked with declining newspapers, well-known magazines being sold for a few dollars and journalists being sacked. Some think the only way to survive is to dumb down and give away content. Yet The Economist’s circulation has nearly doubled in the past decade. What is the secret of its success – and where does it go next?

John MICKLETHWAIT is the Editor-in-Chief of The Economist, which has a weekly circulation of 1.4 million worldwide. After reading history at Magdalen College, Oxford, he worked as a banker at Chase Manhattan from 1985 to 1987, before joining The Economist as a finance correspondent in 1987. Since then he has set up the Los Angeles bureau, been media correspondent; New York bureau chief and editor of the business and United States sections. He has co-written five books, including: The Right Nation: Conservative Power in America and God is Back: How the Global Rise of Faith is Changing the World, published in April 2009.