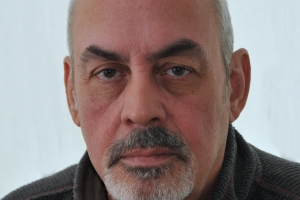 Topic: “The Cathay Pacific 49ers – A Pilot’s Point of View”

John WARHAM is one of the 49 pilots fired by Cathay Pacific in 2001 who have been fighting since then for damages from the airline for defamation and unfair dismissal. A group of the pilots were awarded HK$58.7 million in damages in 2009, a sum that an appeal court reduced by 75 percent the following year. The pilots will make their case for the last time this year at Hong Kong’s Court of Final Appeal.

WARHAM, whose book on the pilots was published last year, began working in 1975 as a commercial pilot in Northeast England before realising his boyhood dream, becoming a Boeing 747 captain with Cathay Pacific Airways, based in Hong Kong. As president of the Hong Kong Airline Pilots’ Association, he worked with the International Federation of Airline Pilots’ Associations on Flight Time Limitations and industrial issues in the 1990s and was awarded an IFALPA Presidential Citation in 2003. He currently lives and works in Hong Kong as a flight simulator instructor on the Airbus A320 / A330 / A340 and is an honorary member of the Royal Air Force Association.