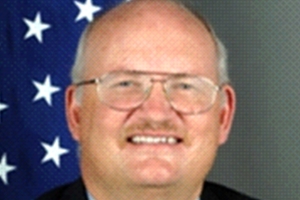 Topic: Warm Relations in a Cold Place: Reflections on Mongolia and the United States

Mr. ADDLETON will discuss the past, present and future of Mongolia, a country that has changed dramatically in recent years and ranks as one of the world’s fastest-growing economies. Citing his new book, Mongolia and the United States: A Diplomatic History, he will also highlight the main areas where Mongolia and the United States engage with each other, including development partnerships, commercial relations and people-to-people ties. He will also cover Mongolia’s increasing engagement on the world stage, including as a provider of peackeepers under the UN flag in places as far afield as Kosovo, Chad, Darfur and South Sudan.

Jonathan ADDLETON served as a US foreign service officer in Mongolia twice, first as USAID Mission Director (2001-2004) and then as Ambassador (2009-2012). He has also served as Development Counselor at the U.S. Mission to the EU in Brussels; USAID Mission Director in Pakistan and Cambodia; and USAID Program Officer in Jordan, Kazakhstan, South Africa and Yemen. Prior to joining the foreign service, he worked briefly at the World Bank, Carnegie Endowment for International Peace and Macon Telegraph. His articles on Asia have appeared in a number of publications including Asia Survey, Asian Affairs, Muslim World, Mongolia, and the Washington Post; he has also written two books, Undermining the Center (Oxford University Press) and Some Far and Distant Place (University of Georgia Press).