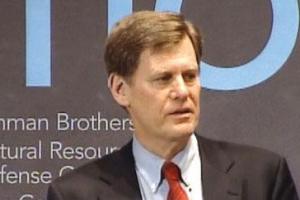 On June 26, 2009 the U.S. House passed a climate bill that would literally change the face of America – its factories, power sources and buildings, landscapes and employment patterns. The bill sets out a long-term roadmap to shift the world’s biggest economy on to a low carbon path, and begins to define a coherent, comprehensive energy for the U.S. The House bill, a first concrete indication that the U.S. has the political will to reduce CO2 emissions, provides an initial basis for U.S. commitments in international climate negotiations and for key bilateral negotiations with China.

But will President Barack OBAMA use his popularity to get the U.S. Senate to act on energy and climate?

Jonathan LASH will share his views on this topic. Mr. LASH serves as president of the World Resources Institute (WRI) in Washington, D.C. and is a leading figure and influential voice in the U.S. and international environmental community. Under his leadership, WRI’s research and policy analysis have provided innovative, practical solutions to global sustainability challenges. Mr. LASH is a recognized expert on climate change, energy security, and environment and development policies. In 2005, he was named one of the world’s Top 100 Most Influential People in Finance in Treasury & Risk Management magazine, the only leader of a non-profit environmental organization to make the list. The same year Rolling Stone included him among “Twenty-five leaders who are fighting to stave off planet-wide catastrophe.” The article concluded that Mr. LASH “has arguably done more than any other environmentalist to bridge the bitter divide between industry interests and green groups determined to halt global warming.” A former co-chair of President CLINTON’s Council on Sustainable Development, Secretary of Natural Resources for the State of Vermont, Federal Prosecutor, law professor and Peace Corps volunteer, Mr. LASH serves on the Advisory Board of Generation Investment Management.