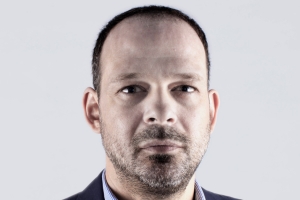 Topic: Silent Army: How China is building its global power – from the ground up

As China hunts for natural resources and leverages its position as the world’s banker, Chinese firms are leaving heavy social and environmental footprints in many parts of the world. From the iron ore mines of Perú to illegal logging camps in the Siberian forests to a giant dam in Sudan, Mr. CARDENAL will discuss how China is changing the developing world. He will tell stories he and co-author Heriberto Araujo had gathered in 25 countries during over two years of research for their recently published book “China’s Silent Army: The Pioneers, Traders, Fixers and Workers Who Are Remaking the World in Beijing’s Image” . He will share his views on how China is silently conquering the developing world, the reasons behind China’s internationalization, the impact of Chinese money, and who is really benefiting from all of this.

Juan Pablo CARDENAL was the correspondent of Spain’s El Mundo in Shanghai from 2003-2007, and then for the economic daily El Economista in Beijing until 2010/11. He’s now a contributor for Spain’s El País and other international media, and is based in Hong Kong. Heriberto Araújo arrived in Beijing in early 2007, initially working for the AFP agency as Spanish correspondent in Beijing, and then as a freelance reporter for both French and Spanish media.