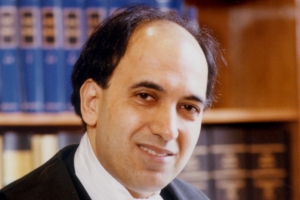 Topic: Reflections on Life at the Bar and on the Bench

Justice BOKHARY was one of three permanent judges of Hong Kong’s Court of Final Appeal from its inception in 1997 until October 2012, when he reached the retirement age of 65 and was not asked to stay on. His replacement by an older judge sparked speculation that he was ousted for his liberal views, rather than his age. He further stoked fears by warning of “a storm of unprecedented ferocity” brewing over the rule of law in Hong Kong.

Justice BOKHARY remains on the bench as a non-permanent judge, and he will regale the audience with stories from his years at the city’s top court.