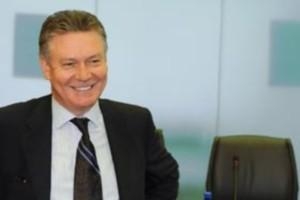 Topic: Europe and Asia: where next on trade policy?

An atmosphere of anxiety looms over the world economy. Developed countries fear competition from emerging economies. Europe’s budgetary situation spreads uncertainty across the world. Stuttering growth and high levels of unemployment fan the risk of protectionism.

The implications for policy makers both in Asia and in Europe are far-reaching. And yet, the stakeholders can only begin to tackle the current economic and political challenges if they maintain an open trade regime and strengthen their economic relationship. Mr. DE GUCHT will share his views on the above and more at the lunch.

Karel DE GUCHT joined the European Commission in 2009, taking on the Development and Humanitarian Aid portfolio, before moving to his current position in February 2010. Prior to joining the commission of the European Union, he was Minister for Foreign Affairs and Deputy Prime Minister of Belgium.