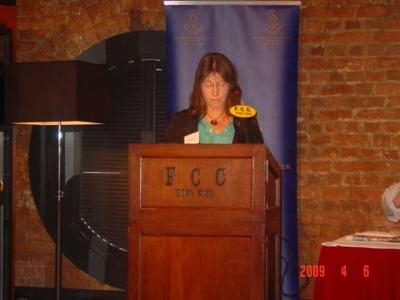 Speaker: Kate SAUNDERS
International Campaign for Tibet (ICT)
Topic: A Great Mountain Burned by Fire: Reflections on new expressions of dissent and the crisis in Tibet

March 17, 2009, marks the anniversary of the day of the Dalai Lama’s escape from Tibet 50 years ago. This month is also the first anniversary of an unprecedented wave of protests that swept across the Tibetan plateau, to be met by a crackdown that is ongoing today.

Blog posts, emails and articles revealing experiences of imprisonment, interrogation and loss – as well as perspectives on a way forward – are translated in a new report by ICT that will be available at the briefing. These writings indicate an unquenchable spirit and expression of a deeply-felt Tibetan identity. They include the first translations into English from the only known book to be published in the PRC about the uprising over the past year – ‘The Eastern Snow Mountain’ by Tibetans still in Tibet was banned almost as soon as it appeared.

Kate SAUNDERS, Communications Director of the International Campaign, is a writer and journalist who has specialized in monitoring the situation in Tibet for more than ten years. Her articles have been published in newspapers and magazines worldwide including the Washington Post, the Independent and the Sunday Times Magazine. Kate worked as a Senior News Analyst for Tibet Information Network prior to joining ICT, gathering news from the field in India and Kathmandu, briefing governments on human rights issues and providing information for the mainstream media on the situation in Tibet. Kate’s book, Eighteen Layers of Hell: Stories from the Chinese Gulag was published by Cassell in 1996.