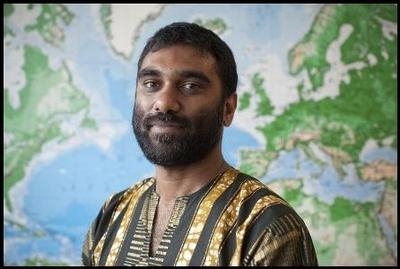 The United Nations Copenhagen climate summit was an historical failure. People were all expecting so much but in the end it disappointed everyone. The Copenhagen Accord merely stated average global temperature rise must be kept below 2 degrees Celsius, but pledges by main countries would still allow temperatures over 3 degrees.

Now the question is whether we will be disappointed again with Cancun, Mexico. But we simply cannot afford another failure. Until then, Brazil, South Africa, India and China (known as the BASIC countries) are fighting the battle of spin over how to save the climate. What are the real steps that should be taken until we reach Mexico? The BASIC countries are big climate polluters but they are also driving much of the world’s expansion in renewable energy. How can we use this to save the climate?

Kumi NAIDOO became Green peace’s International Executive Director last November. He immediately jumped head first into Copenhagen, representing Greenpeace and the Global Campaign for Climate Action. Kumi is no stranger to struggle. As a teenager, he was actively involved in anti-apartheid activism and has been forced underground and into exile. Dr. NAIDOO spent his time in exile at Oxford as a Rhodes Scholar, earning a doctorate in political sociology. He was the Secretary General and Chief Executive Officer of the Johannesburg-based Civicus: World Alliance for Citizen Participation, which is dedicated to strengthening citizen action and civil society throughout the world before joining Greenpeace