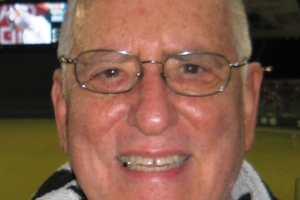 On 1 January 2013, Congress passed and the President signed the American Taxpayers Relief Act of 2012. This is the first of a few tax-related bills which must be legislated in the U.S. during 2013 that will have a direct impact on ALL U.S. citizens and tax filers. Mr. LIPSHER, in his usual cynical and humorous way, will explain the ‘fiscal cliff’ and what it means to those American tax filers living overseas as well as what is likely to transpire, tax-wise, as we get further into 2013. Mr. LIPSHER will also discuss FATCA and the recently issued 544 page set of final FATCA regulations which, at best, are as utterly confusing as anything the IRS has ever written!

Larry LIPSHER, a long time FCC member, is starting his 47th year of preparing tax returns. He is a California & Hong Kong CPA who, prior to his ‘retirement’ in China, was also the only American to possess a Chinese CPA certificate. He is the author of 4 books about taxation and regularly speaks at professional conferences, world wide. He takes pride in being a ‘tax entertainer’ who keeps attendees awake and laughing instead of putting attendees to sleep with what otherwise is a very boring subject!