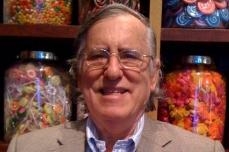 If you are liable for filing U.S. Income taxes and you thought last year was bad, be prepared – it is getting worse.

Mr. LIPSHER, in his annual U.S. tax “stand-up” comedic performance (because it is far better to laugh than to cry) will cover the new Form 8938, the draconian IRS penalty regime (which the IRS is really enforcing), and the third IRS Voluntary Disclosure program.

Long-time FCC member Laurence E. ‘Larry’ LIPSHER is an American CPA who has been doing U.S. tax returns for the past 45 years – 22 of those years while living in Asia. LIPSHER, a past president of the American Chamber of Commerce of South China, has, for the past nine years been writing the bi-weekly Asian Tax Review for World Wide Tax Daily of Tax Analysts, Washington, DC. He has been featured on CCTV (China Central Television) World Wide Watch, the most widely viewed evening television news program in the world. He has also appeared on CNN, CNBC and Reuters TV.