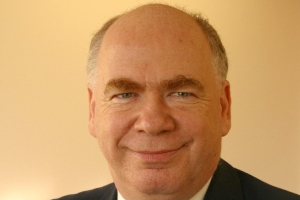 Professor FREEDMAN will describe the two key themes of Obama’s foreign policy – a reluctance to intervene on the ground in distant conflicts other than Afghanistan and the ‘pivot’ from Europe to Asia. The talk will address the longer- term questions such as attitudes to the rise of China and specific issues such as Iran’s nuclear program and the Middle East peace process.

The speaker has been Professor of War Studies at King’s College London since 1982, and Vice-Principal since 2003. Elected a Fellow of the British Academy in 1995 and awarded the CBE (Commander of the British Empire) in 1996, he was appointed Official Historian of the Falklands Campaign in 1997. He was awarded the KCMG (Knight Commander of St Michael and St George) in 2003. In June 2009 he was appointed to serve as a member of the official inquiry into Britain and the 2003 Iraq War. Professor FREEDMAN has written extensively on nuclear strategy and the cold war, as well as commentating regularly on contemporary security issues. His most recent book, A Choice of Enemies: America confronts the Middle East, won the 2009 Lionel Gelber Prize and Duke of Westminster Medal for Military Literature.