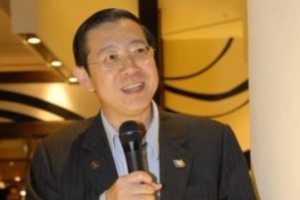 Malaysia’s Democratic Action Party (DAP) and its allies Parti Keadilan Rakyat and Parti Agama SeMalaysia had their best-ever result in the 2008 elections, defeating the ruling Barisan Nasional coalition in five states. DAP Secretary General LIM Guan Eng believes this platform could lead to a change of the national government at the next elections, possible in the next 12 months.

Mr. LIM took over the government of Malaysia’s Penang state – long home to foreign investors like Intel and Dell – just before the global financial crisis began. Mr. LIM’s policies including open tenders for government projects and increased private-public partnerships have helped Penang attract a record $4 billion in foreign direct investments last year. His vision is for Penang to be an international city with better ties to the region. LIM was first elected to Malaysia’s parliament in 1986.

He was detained the following year for 18 months without trial under the Internal Security Act. In 1998, LIM was sentenced to jail for sedition following his attempt to champion a Malay woman allegedly raped by a top ruling party politician.