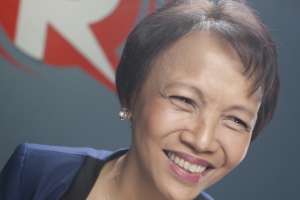 Topic: Corruption in the Philippines: Going after the Big Fish

After two years in office, President Benigno AQUINO III appears to have made inroads in his anti-corruption program. He won on an anti-corruption platform, equating reducing corruption with alleviating poverty. He has pushed for transparency in government. He has gone after former President ARROYO and her allies. He ppushed for the impeachment of Chief Justice Renato CORONA, an ARROYO associate. And so far, the new President appears not to have been tainted by any scandal.

Marites Danguilan VITUG is one of the Philippines’ most accomplished investigative journalists. Her previous book on the Supreme Court, Shadow of Doubt, was a critical success although it earned her two libel suits. She has just released a sequel, Hour Before Dawn: The Fall and Uncertain Rise of the Philippine Supreme Court. A former Nieman fellow, VITUG is editor at large of Rappler (http://www.rappler.com/) and president of the Journalism for Nation Building Foundation.