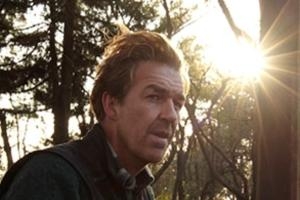 In 2005, Mark KITTO was told by many people that he was mad to move to Moganshan, a remote mountaintop village in Zhejiang where he planned to set up a coffee shop with his wife and to write books. He has lived there ever since, very happily. The small family business has thrived, he has published a book, and he hasn’t gone entirely cuckoo, yet. Join us for lunch and hear Kitto tell a story of missing statues, missionaries and just one murder.

Mark KITTO was once better known in China as the founder of the English-language city magazines, that’s Shanghai, that’s Beijing and that’s Guangzhou. The Financial Times called him “a mini media mogul”. When he lost his “mini empire” in 2004, he retreated to Moganshan, a mountain village built as a concession-era summer resort, to write his memoir: China Cuckoo, How I lost a fortune and found a life in China.For many years he wrote a column for UK’s Prospect magazine. He and his wife continue to run their coffee shop in Moganshan, located in a former brothel.