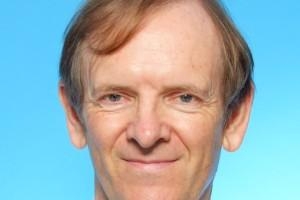 Born in Belfast, Northern Ireland in 1870, Frederick O’NEILL went to Liaoning in 1897 to serve as a missionary. He remained there for the next 45 years, except for two years with the Chinese Labour Corps in France from 1917 to 1919. He lived through and reported on the tumultuous events that occurred in China, including the Boxer Rebellion, the overthrow of the Qing dynasty, the rule of warlords ZHANG Zuolin and his son ZHANG Xueliang and the founding of Manchukuo. He was deported by the Japanese military in 1942 and was unable to return. His description and analysis of all these events were better than those of any foreign journalist of the time. He died in Belfast in 1952.

Mark will describe the life of Frederick O’NEILL, his grandfather, why he went to China, what he did there and why he has written his biography, which has just been published.

Born in UK in 1950 and educated at New College Oxford University, Mark O’NEILL has worked as a journalist since 1972. Since 1978, he has been based in Asia, working in China, Japan, Hong Kong, Taiwan and India, for Reuters news agency, the South China Morning Post and many others. His earlier book was on the Taiwan Buddhist Tzu Chi Foundation.