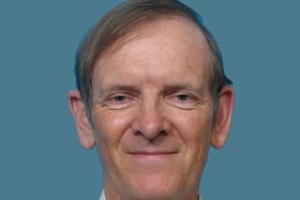 Mr. O’NEILL will share the story behind the Tzu Chi Foundation, the largest NGO in the Chinese world, with 10 million members, branches in nearly 50 countries and which each year helps more than 11 million people hit by poverty, disease and natural disasters. In Taiwan, it runs six hospitals, a university, recycling centres with 200,000 volunteers and the largest bone marrow bank in Asia. It has annual revenue, in the form of donations, of US$300 million. It was the first foreign charity to enter Burma after Cyclone Nargis and Sichuan after the 2008 earthquake. It is the first global charity in the Chinese world.

What drives these volunteers? Why did many give up prestigious and lucrative jobs? What is the charisma of the founder that she can inspire millions of people into action?

This remarkable story is little known outside Taiwan. Mark O’NEILL’s book on this Foundation is the first in English to tell the story, of how the daughter of a middle class family in central Taiwan ran away from home, became a nun and set up her own foundation. It began with 30 housewives donating a few cents a day and has grown into a multi-national enterprise, with professional management of money and participation by company executives, professors, lawyers, managers and other professionals. It is largely run by volunteers who work for nothing. Since 1991, it has been active in China and is the only foreign NGO allowed to set up a foundation there. It is a model for the future of the NGO sector in China.

Mark O’NEILL has been covering Asia since 1978, for Reuters and the South China Morning Post, most of it in China and Taiwan. He left the SCMP in Shanghai in 2006 to take a year out to write the book on Tzu Chi, interviewing its members in California, Indonesia and South Africa as well as Taiwan and Hong Kong. This is the first inside look into the foundation.