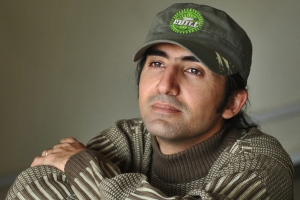 Topic: Afghanistan from within

AFP Pulitzer Prize winner Massoud HOSSAINI will show his work and share his experience as a photojournalist documenting the story of his own country.

Massoud HOSSAINI is a photojournalist for Agence France-Press and winner of the 2012 Pulitzer Prize for Breaking News Photography. HOSSAINI was born in Kabul in 1981 during the Soviet war in Afghanistan. His family fled to Iran when he was six months old. After the September 11 attacks, HOSSAINI returned to Afghanistan where he studied photography. He joined AFP in 2007.