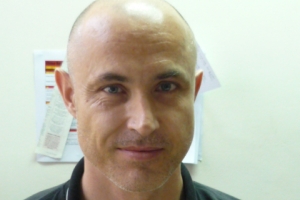 A disastrous side effect of China’s booming economy – along with pollution and a growing income gap – is the effect of obesity on the fragile healthcare system. Rates of obesity are escalating in China’s cities, with 200 million people out of a total of 1.3 billion overweight – over 15%.

The issue of China’s rising obesity is one of potentially global economic significance. Mr. CRABBE has co-authored with Paul FRENCH, the book “Fat China, How Expanding Waistlines are Changing a Nation”, which reviews the growing problem of obesity in China and its relationship to the nation’s changing diet, lifestyle, foreign fast food and already overburdened healthcare system.

As co-founder of Access Asia, Matthew CRABBE has been analysing the consumer economy of China for two decades, focusing on China’s consumer lifestyles, and the effects on China’s people. As well as co-authoring “One Billion Shoppers: Accessing Asia’s Consuming Passions” with Paul French, Mr. CRABBE has written Women in China: Women Consumers and Lifestyle Trends (2007, Access Asia) and Kids in China: Children Consumers and Lifestyle Trends (2007, Access Asia).