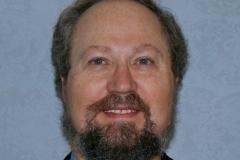 Topic: Where is the love? Hong Kong’s search for a new direction under the next Chief Executive

Nominations for Chief Executive open on Valentine’s Day 2012. It may be the last Chief Executive election by a tiny circle of elites if Beijing’s promise of direct elections in 2017 takes place. Beijing demands Hong Kong’s Chief Executive “love China” and “love Hong Kong.” Hong Kong’s democratic movement asserts Chief Executives must “love democracy”. The middle class just wants some love from somebody, especially in affording housing, education, childcare, eldercare and other costs that seem always to rise faster than income. Additionally, in this election for the first time Beijing officials seem to seriously insist that public support of a candidate plays a role in who gets their nod of approval. If a majority loves one candidate or hates one, this time it is supposed to make a difference.

The speaker will share highlights of this report, which assesses who wants what and supports whom. It examines what people hope for, worry about, and want to happen. The report details for whom people would vote, whom they trust, and whom they think would do the best job, including who would handle best their problems of greatest personal concern. Who wouldn’t love someone to step up and do a little personal problem solving for them? But as the results of this survey show, not everyone is going to get a box of chocolates this Valentine’s Day.

Professor DEGOLYER is a frequent commentator and author on public affairs in Hong Kong and Greater China.