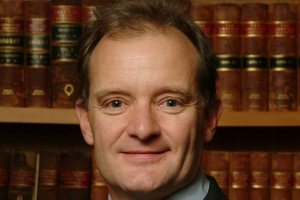 Speaker: Michael LITTLEWOOD
Faculty Member, University of Auckland Law School
Topic: The Hong Kong Tax System: its history, its future and the lessons it holds for the rest of the world

Hong Kong’s tax system was designed by a group of businessmen in 1940. Their objective – which they achieved – was a system that would work well enough at very low rates of tax, but that would be incapable of functioning at high or even moderate rates of tax. Whether it is adequate to meet the needs of modern Hong Kong is debatable.

Dr LITTLEWOOD argues that democratisation in Hong Kong will probably not bring an end to the territory’s low-tax policy, unless the government succeeds in introducing GST.

He argues also that there is much other governments could learn from the successes of Hong Kong’s tax system. The main lessons are as follows. First, that it is possible to structure a combination of very light taxes and very low public spending so that it enjoys very broad public support. The keys to this are (a) that the burden should be very heavily concentrated on large incomes; and (b) that there should be no PAYE (withholding of tax on income from employment). Secondly, that it is possible for a developed jurisdiction’s tax legislation to be simple (say 200 pages). And, thirdly, that a flat-rate personal consumption tax (similar to that proposed by Robert HALL and Alvin RABUSHKA) is feasible.

Dr Michael LITTLEWOOD lived in Hong Kong from 1989 to 2003 and is now a member of the Faculty of Law at the University of Auckland. The talk is based on his new book, Taxation without Representation: The History of Hong Kong’s Troublingly Successful Tax System, HKU Press, 2010.