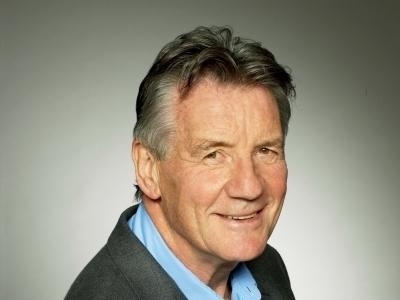 Since embarking on Around The World In Eighty Days in September 1988 Michael has made seven series for the BBC in different parts of the world. He will be talking particularly about the birth of the series, the way that the style of the filmed travels evolved, the logistics of filming and what it’s like being on the road with a crew for several months at a time. Michael attributes much of the success of the series to keeping his crew, and his technique, as unchanged as possible. He’ll also be dealing with the problems of filming in some of the physically and politically uncomfortable corners of the world, and the whole process of post-production and marketing of the series when completed.

Mr. PALIN established his reputation with Monty Python’s Flying Circus and Ripping Yarns. His work also includes several films with Monty Python, as well as The Missionary, A Private Function, American Friends, Fierce Creatures and an award-winning performance as the hapless Ken in A Fish Called Wanda. His television credits include two films for the BBC’s Great Railway Journeys, the plays East of Ipswich and Number 27, and Alan BLEASDALE’s GBH. He has written books to accompany his seven very successful travel series Around the World in 80 Days, Pole to Pole, Full Circle, Hemingway Adventure, Sahara, Himalaya and New Europe. He is also the author of a number of children’s stories, the play The Weekend and the novel Hemingway’s Chair. In 2006 the first volume of his diaries, 1969–1979: The Python Years, spent many weeks on the bestseller lists, as have his travel books. In 2008 he filmed Around the World in 20 Years a programme celebrating his first travel series, Around the World in 80 Days. In 2009 the second volume of his diaries, 1980-1988: Halfway to Hollywood, was published.