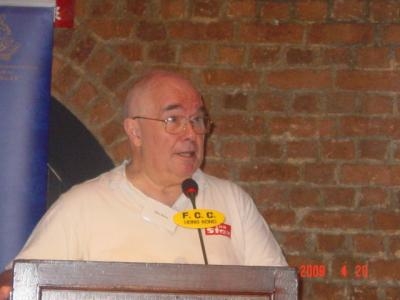 Mr. ROWSE will speak about life inside the civil service, the story of Hong Kong Disneyland, and the true story of Harbour Fest.

He was the first Director-General of Invest HK, the investment promotion agency established by the Hong Kong Government in July 2000, up to his retirement in December 2008. Immediately before that posting, he had served as Director of the Financial Secretary’s office (1997 – 2000), and from 1999 – 2000 concurrently as the first Commissioner for Tourism. In those twin capacities, he was the lead negotiator with the Walt Disney Company which resulted in the building of Hong Kong Disneyland.Two of the major development projects which he took up in recent years were the post SARS Economic Relaunch Programme for Hong Kong in 2003; the project for a new exhibition centre at HK Airport (Mike chaired the holding company of the joint venture company which owns AsiaWorld-Expo from 2003 – 2008).

Mr. ROWSE received his BSc in Economics in the UK, and has been living in HK since 1972. He was the first overseas civil servant in HK to have naturalized as a Chinese Citizen.