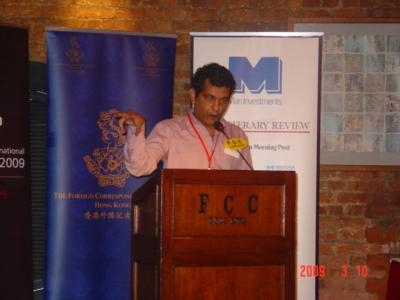 Mohammed HANIF is coming to Hong Kong at the invitation of The Man Hong Kong International Literary Festival.

Join him as he talks about journalism, scriptwriting and novels.

Mr. HANIF’s first novel, A Case of Exploding Mangoes, was longlisted for the 2008 Man Booker Prize. But he started his career in the Pakistan Air Force Academy before “bailing out” to pursue a successful career in journalism. He has since written a critically acclaimed BBC drama and the feature film, The Long Night.