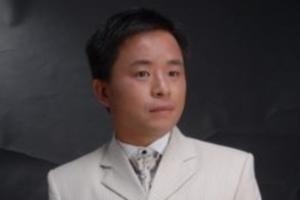 Celebrated for his darkly funny novels of contemporary urban Chinese life, Murong Xuecun had prepared to use the occasion of receiving the People’s Literature Prize in China to make a speech calling for a more relaxed approach to literary censorship. But just as he ascended the platform, he was abruptly barred from speaking. His speech on censorship had itself been censored.

At this lunch, Murong will deliver for the first time his acceptance speech, where describes the absurdities of China’s censorship system. He will make a reasoned but passionate call for greater freedom of expression for writers.

In 2002, when his novel, Leave Me Alone: A Novel of Chengdu, took China by storm, Murong gave up his job and devoted himself to writing full time. His latest non-fiction work, The Missing Ingredient, for which he was awarded the 2010 People’s Literature (special achievement) Prize, describes his experience of going undercover to bust an illegal pyramid sales scheme.

After graduating from Beijing’s University of Political Science and Law, Murong had a brief stint in the corporate world before starting to write in 2001.

Writer Murong Xuecun prepared these remarks on censorship as an acceptance speech for a Chinese literary prize. But, as he approached the platform, he was abruptly barred from speaking. He delivered this version of the talk at Hong Kong’s Foreign Correspondents Club on February 22, 2011.

If I am not mistaken, the People’s Literature magazine “special action award” was not bestowed for my literary achievement, but for my courage. This is an unusual honour for me as a writer. It’s a bit like praising a football player for being a good street fighter. I feel embarrassed because I am not a brave person. Genuine bravery for a writer is not about jousting with a pyramid scam gang. It is about calmly speaking the truth when everyone else is silenced, when the truth cannot be expressed; it is about speaking out with a different voice, risking the wrath of the state and offending everyone, for the sake of the truth, and the writer’s conscience.

When I exposed a pyramid scheme, I just did what any citizen should do: I reported a crime. This was far from being a real act of courage, and in my view was equally far from deserving any prize. Actually, I am a coward. I say only what is safe to say, and I criticise only what is permissible to criticise.

I finished this book some time ago, and the most important reason for the delay in its publication was that I came up against a rather peculiar editor. Over the course of two months, he and I had some very interesting verbal duels. I smashed a cup on the floor, I spoke a few strong words to him. I furiously punched the wall at home, but finally I capitulated. This editor is a cautious person. Whatever the circumstances, the first thing he thinks of is safety. In his view, it would have been preferable not to publish my book at all; this would be the safest way. Even if he was forced to publish it, he told me it was best to avoid talking about anything real, because anything real entails risk. If I couldn’t avoid touching on a few truths, then I should be sure not to express any opinions about them. The moment I had opinions, I became a danger. I disagreed with him, but, I know he is not the only one to hold this view.

My new book tells the story of my time spent undercover inside an illegal pyramid sales organisation. The gang running the scam had a saying: ‘If you invest 3,800 RMB within two years you will make five million RMB.’ In response to this, I wrote the following:

I quickly calculated that our local network had nearly 200 people. If each one earned five million RMB, then that was nearly ten billion RMB, so the turnover was close to that of a province-leve