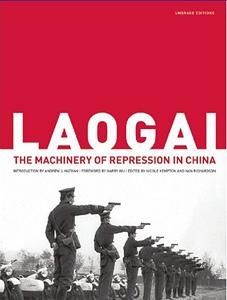 To coincide with the 60th anniversary of the People’s Republic of China and a new book under the same title as this lunch, Ms. KEMPTON will take an in-depth look at how China’s laogai, a vast network of forced labor camps, impact the multitude of human rights issues facing the country today. Established with Soviet assistance in the early 1950s, China’s laogai has grown to an archipelago of over 1,000 camps imprisoning an estimated 3 to 5 million people. The laogai system is a crucial tool in the Chinese Communist Party’s ongoing efforts to suppress dissent and limit political speech through intimidation. It is also the source of some of China’s worst human rights violations.

Ms. KEMPTON will use the laogai as a focal point for the analysis of some of the current trends in human rights in China today, touching on recent backtracking on legal reforms, arbitrary detention and forced labor, as well as curbs on freedom of speech and religion. She will share her views on new developments that may signal fragile openings for reform, such as public outcry over recent prisoner abuse scandals and increasing calls from China’s intellectuals to abolish laojiao or re-education through labor, a controversial facet of China’s prison system in which individuals may be imprisoned for up to three years without charge or trial.

Ms. KEMPTON currently serves as Washington Director of the Laogai Research Foundation, founded in 1992 by renowned dissident Harry WU to investigate and document human rights abuses associated with China’s laogai. In 2008, she oversaw the opening of the Laogai Museum, the first museum in the world exclusively dedicated to human rights in China. She received her B.A. from Duke University, and her MPhil from the University of Hong Kong where she undertook research on censorship and cultural policy in Hong Kong and China as part of a Fulbright fellowship.