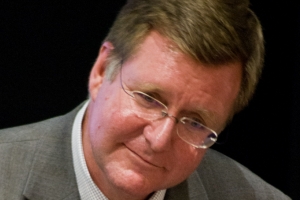 Topic: Restless Empire – China and the World since 1750

Odd Arne WESTAD is professor of International History at the London School of Economics and Political Science (LSE) and an expert on the Cold War and on contemporary international affairs. He co-directs LSE IDEAS, the LSE’s new centre for international affairs, is an editor of the journal Cold War History and co-editor of the forthcoming three-volume Cambridge History of the Cold War. His book The Global Cold War won the Bancroft Prize for 2006.Born in Norway in 1960, Arne WESTAD studied at the University of Oslo and did his graduate work at the University of North Carolina, Chapel Hill. During the 1980s he worked for several international aid agencies in Southern Africa and in Pakistan. He joined LSE in 1998, after serving for six years as Director of Research at the Norwegian Nobel Institute.