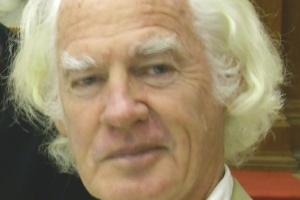 In the three proposed schemes for an observatory at Hong Kong, a role for forecasting typhoon occurrences actually received little emphasis. Around that time, however, pioneering work on the trajectory of typhoons in the region was published by the Jesuit observatories at Manila and Shanghai so that the founding director of the Observatory, Dr William DOBERCK, over his objections, was pressured into prognostication. He was a very competent scientist, and attacked the problem seriously, but he made life difficult for himself by his hostility to the fathers at Manila and Shanghai, especially at the former from where information very relevant to Hong Kong could be expected. The record of typhoon predictions during his twenty four year tenure as Director and head of a government department, in the age before wireless telegraphy, will be described, culminating in an account of the great unforeseen storm of 1906, shortly after which he retired.

P. Kevin MacKeown spent much of his life in physics, for thirty years of it at the University of Hong Kong where he remains an honorary professor. In retirement on Lantau he dabbles in local history, and is the author of the 2010 award winning volume Early China Coast Meteorology, where the full story may be found.