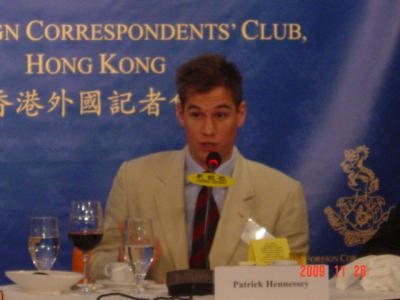 For the first time in a generation British soldiers are once again fighting at close quarters, coming under sustained and vicious firepower, losing friends in some of the most violent fighting the modern army has endured. Yet the same soldiers also serve on international peacekeeping missions, or counter insurgency. Sometimes they do all three in the same country.

Patrick HENNESSEY, author of The Junior Officers’ Reading Club, will talk about both the frenetic violence of a soldier’s life, and the periods of stifling and (sometimes) comic boredom, living inside an institution in a state of flux—an Army caught between a world that needs it and a society that no longer understands it.

Patrick HENNESSEY was born in 1982 and educated at Berkhamsted School and Balliol College, Oxford, where he read English. He joined the British Army in January 2004, undertaking officer training at the Royal Military Academy Sandhurst where he was awarded the Queen’s Medal and commissioned into The Grenadier Guards. He served as a Platoon Commander and later Company Operations Officer from the end of 2004 to early 2009 in the Balkans, Africa, South East Asia and the Falkland Islands and on operational tours to Iraq in 2006 and Afghanistan in 2007, where he became the youngest Captain in the Army and was commended for gallantry. Patrick is currently studying to become a barrister and hopes to specialize in conflict and international humanitarian law.