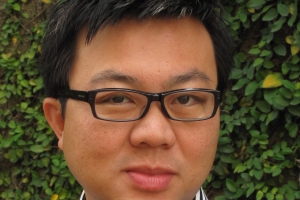 Thailand will hold its national elections on July 3; this will be the second time after the 2006 military coup. The past 30 months under the Abhisit VEJJAJIVA administration were marked by bloody protests and deepened social and political polarisation. What can the Thais really hope for in the wake of the upcoming elections? And will the persistent hostilities among the different power groups subside and a sense of normalcy eventually return to Thailand in the post-elections period?

Certainly, the imminent elections will be closely fought between Abhisit’s Democrat Party and the pro-former Prime Minister Thaksin SHINAWATRA Puea Thai Party. Abhisit will face off against the Puea Thai Party which has until now gained the strong support of the Thai poor in the north and north-east regions. The speaker will project four scenarios in the aftermath of the elections, but will focus on the possibility of Abhisit returning as Thailand’s prime minister.

Pavin CHACHAVALPONGPUN is a fellow at the Institute of Southeast Asian Studies, Singapore. He earned his PhD from the School of Oriental and African Studies in 2002. Pavin is the author of two books: Reinventing Thailand: Thaksin and His Foreign Policy (2010) and A Plastic Nation: The Curse of Thainess in Thai-Burmese Relations (2005).