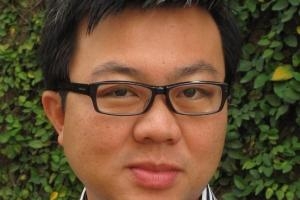 Topic: Thaksin’s Homecoming: Yes? No? So What?

This talk will focus on the possibility of former Thailand Prime Minister Thaksin SHINAWATRA returning to Thailand and its impact on Thai politics: whether this would instigate another round of violent street protests.

Thaksin was ousted in a 2006 military coup after being accused of abusing his power and showing disrespect for the Thai monarchy. Thaksin has recently told his fervent supporters that he plans to return home soon, on his own terms. There have been reports that a deal had been struck between the rival camps, with Thaksin promising to leave the military and the palace alone and his enemies agreeing to allow him to return without facing any charges. The Yingluck SHINAWATRA government seems to lend credence to such reports through some of its actions. So far, Prime Minister Yingluck seems to be interested in making peace with the traditional elite, while going ahead with an amnesty plan that will allow Thaksin to escape his jail sentence. More importantly, the government has made clear that it will not support calls to amend Article 112 of the Thai criminal code, which makes it an offence for anyone to insult or defame the monarchy. For the country’s traditional elite, Article 112 is the key to the survival of the royal institution and thus, to their position of power.

But if Thaksin does indeed return to Thailand, it could only mean one thing: The success of his enemies in preserving the integrity of the military and the monarchy in exchange for his freedom. But the question then will be: What will be the future direction of Thai democracy amid this power rearrangement among the elites?

Dr Pavin CHACHAVALPONGPUN earned his PhD from the School of Oriental and African Studies in 2002. Pavin is the author of two books: Reinventing Thailand: Thaksin and His Foreign Policy (2010) and A Plastic Nation: The Curse of Thainess in Thai-Burmese Relations (2005).