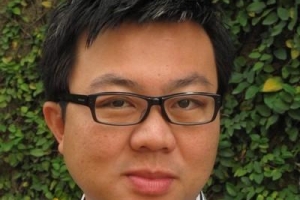 Pavin CHACHAVALPONGPUN thinks Prime Minister, Thaksin transformed Thailand’s international role from one of obscurity into a kind of regional hegemon while he was prime minister from 2001-2006. He believes Thaksin’s diplomatic ambitions were reflected in his grandiose foreign policy initiatives, designed to locate Thailand at the forefront of regional politics and reinstall the Thai sphere of influence over its weaker neighbours. But Thaksin was accused of exploiting foreign policy to enrich his business empire and his reinvention of Thailand as an up-and-coming regional power was therefore tainted by conflicts of interest.

According to Pavin CHACHAVALPONGPUN, Thaksin’s botched foreign policy confused vision with gimmickry, ambition with crudeness, dynamism with greed and dreams of leading international organisations with contempt for those very organisations.

Pavin served the Thai Foreign Ministry from 1994 until February 2010. He is a Fellow in the Regional Strategic and Political Studies Programme (RSPS) and Lead Researcher for Political and Strategic Affairs at the ASEAN Studies Centre, Institute of Southeast Asian Studies, Singapore. He has written A Plastic Nation: The Curse of Thainess in Thai-Burmese Relations (2005).