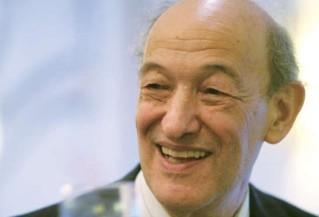 Topic: If Deng were alive, what would he think about China today?

What are the changes in leadership style from Deng through Jiang to Hu and Xi?

How would Deng look at corruption and what would he do?

How would he look at China’s assertiveness in South China Sea and elsewhere?

What would he do about the economy?

Professor VOGEL will share his views on the answers to the above question.

Prof. VOGEL is the Henry Ford II Professor of the Social Sciences Emeritus at Harvard and former Director of Harvard’s Fairbank Center for East Asian Research and the Asian Center. He is the author of Canton under Communism (1969), Japan as Number One: Lessons for America (1979), One Step Ahead in China: Guangdong under Reform (1989) He is the author of “Deng Xiaoping and the Transformation of China”, which has been highly acclaimed to be “the most comprehensive survey to date of China’s spectacular but rocky road to economic reform”.