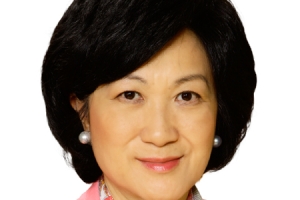 Topic: The roles of political parties and their prospect for development in Hong Kong

Mrs. IP discussed Hong Kong’s party development in the context of Western political theory on the roles, functions and typology of political parties, and also outlined her vision on how political parties can contribute to improving the governance of Hong Kong, at an FCC club lunch session on 29 March 2011.

The speaker worked for the Hong Kong Government from 1975 to 2003. She was the first woman to be appointed the head of a disciplined service (Immigration Department) (1996-98) and as Secretary for Security of Hong Kong (1998-2003). In July 2006, she established a think tank, Savantas Policy Institute, focused on tackling the twin structural constitutional and economic challenges of Hong Kong.

She was appointed by the Government as a member of the Commission on Strategic Development in 2007 and elected as a Legislative Council Member in the Hong Kong Island geographical constituency in 2008. In the same year, she joined the China Reform Council as Vice Chairperson (2008-2010). She was also awarded the title of “Outstanding person for Chinese Entrepreneurial Innovation 2008” by the Chinese Entrepreneurial Innovation.