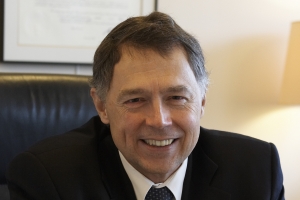 Impressive progress has been made in developing clean energy technologies in recent years, and yet the success stories are being overshadowed by surging demand for fossil fuels, which are also surging in price. Some countries are also reviewing their nuclear reactor construction programs in response to Japan’s nuclear accident. At this rate, we are not on a pathway to limit global temperatures. In order to change this status quo, the International Energy Agency (IEA) argues that more aggressive clean energy policies are required, including boosting energy efficiency, de-carbonizing power generation and making commitments to more efficient transportation technologies and systems.

Richard H. JONES took up his duties as Deputy Executive Director of the IEA on 1 October 2008. Ambassador JONES, a former American diplomat, brings to the IEA over thirty years of diplomatic and policy experience on issues ranging from Middle East politics to trade negotiations and energy security. After a rapid rise through the ranks of the U.S. Foreign Service, he served as the American Ambassador to four countries: Israel (2005-2008), Kuwait (2001-2004), Kazakhstan (1998-2001) and Lebanon (1996-1998). He also acted as the U.S. Secretary of State’s Senior Advisor and Co-ordinator for Iraq Policy from February-August, 2005.