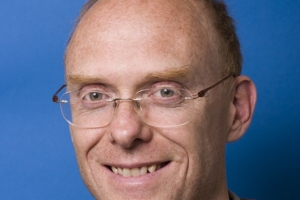 From 1832, when British ships sailed into forbidden Chinese waters, China suffered a century of national humiliation. It is a grand narrative of infamy, in which China’s development was skewed by impositions from foreign imperialists, craven collaborators, decadent, feudal Manchu emperors, warlords and bureaucratic capitalists.

Robert BICKERS will talk about his book, The Scramble for China, which is an epic, dynamic account of a century of Sino-foreign interactions, confrontation and confusion. Told from both the Western and Chinese point-of-view, he will examine how events such as the opium wars or the Boxer uprising have impacted upon China’s relations with the world. Mr. Bickers will seek to tell this story from the inside, through missionary records, Customs files, court reports, consular correspondence, scandalous diaries and fantastical memoirs, as well as tickets, dance cards and menus — incidental traces of otherwise lost moments in another realm.

Mr. BICKERS is also the author of the highly-acclaimed Empire Made Me: An Englishman Adrift in Shanghai. He has written extensively on Chinese history and is currently Professor of History at the University of Bristol. To write The Scramble for China, he travelled at length, visiting many of the haunting sites scattered across China that feature in the book.