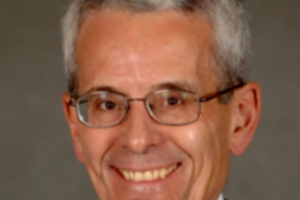 Robert SUTTER has been Visiting Professor of Asian Studies at the School of Foreign Service, Georgetown University, since 2001. Prior to taking this full-time position, SUTTER specialized in Asian and Pacific Affairs and US foreign policy in a US government career of 33 years involving the Congressional Research Service of the Library of Congress, the Central Intelligence Agency, the Department of State, and the Senate Foreign Relations Committee. He also was the National Intelligence Officer for East Asia and the Pacific at the US Government’s National Intelligence Council, and the China Division Director at the Department of State’s Bureau of Intelligence and Research.

A Ph.D. graduate in History and East Asian Languages from Harvard University, Robert SUTTER taught part-time for over thirty years at Georgetown, George Washington, Johns Hopkins Universities, or the University of Virginia. He has published 17 books, numerous articles and several hundred government reports dealing with contemporary East Asian and Pacific countries and their relations with the United States. His most recent book is The United States in Asia (Rowman and Littlefield 2008).