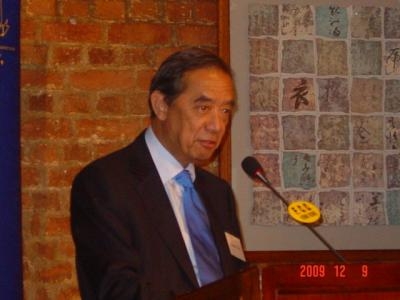 Ronald ARCULLI finds it refreshing that after years of serving as a platform for capital raising by corporates, it took a global financial and economic crisis to highlight the important role played by regulated exchanges in the provision of liquidity. Since 2008, about US$10 trillion has been raised on stock exchanges in the US, Europe and China by listed corporations to develop or expand their businesses. This compared with the US$4 trillion capital injections by governments 2008-2009.

Mr. ARCULLI will share his view on how the crises highlighted the importance of the exchanges’ role in areas like risk management, transparency, corporate governance, fairness, public interest and a level playing field.

He is currently a Non-Official Member of the Executive Council of the Hong Kong Special Administrative Region Government and Chairman of Hong Kong Exchanges and Clearing Limited. He is the senior partner of King & Wood, the Hong Kong Office of the largest law firm in Mainland China. In October 2008, he was appointed by the HKSAR Government as a Member of the Board of the West Kowloon Cultural District Authority, which is responsible for a HK$21.6 billion art and cultural project. He also serves on the boards of several major listed companies in Hong Kong. He has a long and distinguished record of public service as a former member of the Legislative Council of Hong Kong (1988 – 2000) and the Chairman of the Hong Kong Jockey Club between 2002 and August 2006. He has also served on many commissions and boards. In November 2005, the City University of Hong Kong conferred on Ronald Arculli an Honorary Degree of Doctor of Social Sciences.