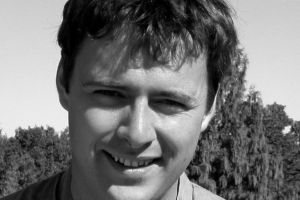 Out of sight, out of mind – the uncomfortable reality. That’s the general public’s reaction to the movement of oil around the world’s oceans. Or at least it was until the Deepwater Horizon incident. This vital supply chain is constantly under enormous, largely unreported pressure. The uninterrupted flow of oil is essential to globalisation and increasingly so, as business move eastwards to Asia. However, it is threatened by conflicts, pirates and global warming.

Mr. CHAMBERS shows how China has moved to secure its own uninterrupted oil supplies, and how diversified both its oil sources and its oil routes have become. He shares his views on the changing times of energy security, one of the main focuses of his new book, Oil on Water.

Sam CHAMBERS has been living in Greater China for the past decade, first in Hong Kong and now in Dalian. He started out as the East Asia Editor for Lloyd’s List newspaper before pursuing a freelance career as a travel and transport writer five years ago. Oil on Water is his third co-authored book.