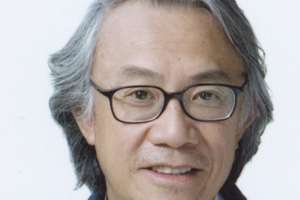 Topic: What my first trip to China taught me about the future of China

Sir David TANG is one of the contributors to the new book “My First Trip to China: Scholars, Diplomats and Journalists Reflect on their First Encounters with China,” edited by Kin-ming LIU. A famously thought-provoking raconteur, Sir David TANG will talk about his own essay for the book, and will discuss what we are likely to get right, and what we will get wrong, about China in the future.

The book includes essays from thirty renowned China experts who have shaped Western attitudes about China for a generation – ranging from David TANG, Lois Wheeler SNOW and W.J.F. JENNER to Perry LINK, Jonathan MIRSKY and Morton ABRAMOWITZ. “My First Trip to China” is a collection of vivid personal recollections of expectations about China and how they were shaped, distorted – or shattered – by actual first encounters.

Sir David TANG was born in Hong Kong and educated locally before being sent to boarding school in Britain, where he then read philosophy at university and attended a law college. In 1983, he lived in China and taught at Peking University. In business, he was first involved with oil exploration off China’s shore and gold mining in Africa and Australia. He then founded the China Club in Hong Kong, Beijing and Singapore, as well as Shanghai Tang, Island Tang and China Tang. He has been a director and advisor to international companies, including Blackstone, Tommy Hilfiger, and British Airways.