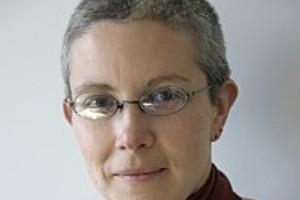 Topic: “Beat Him, Take Everything Away”

At this lunch, Sophie RICHARDSON, will launch Human Rights Watch’s first China report for 2012, “Beat Him, Take Everything Away”: Abuses by China’s Chengguan Para-Police. Since its founding in 1997, China’s Urban Management Law Enforcement (城管執法), or chengguan, a para-police agency tasked with enforcing non-criminal urban administrative regulations, has earned a reputation for excessive force and impunity. The chengguan have become associated in popular opinion with arbitrary and thuggish behavior, including assaults on suspected administrative law violators (some of which lead to serious injury or death), illegal detention, and abuses accompanying forceful confiscation of property. “Beat Him, Take Everything Away” — based on interviews with victims of chengguan abuse between mid-2009 and 2011 and analysis of relevant Chinese laws, regulations, and academic writings charts the creation and development of chengguan units over the past 15 years, details recent cases of abuse, and sets forth recommendations for ending the abuses.

Sophie RICHARDSON is the China director at Human Rights Watch. She has testified before the European Parliament and the US Senate and House of Representatives. She has provided commentary to the BBC, CNN, the Far Eastern Economic Review, Foreign Policy, National Public Radio, the New York Times, the Wall Street Journal, and the Washington Post. Dr. RICHARDSON is also the author of “China, Cambodia, and the Five Principles of Peaceful Coexistence” (Columbia University Press, Dec. 2009), an in-depth examination of China’s foreign policy since 1954’s Geneva Conference, including rare interviews with policy makers.