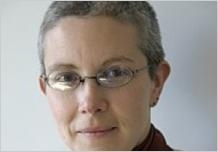 Chinese government agencies maintain numerous secret, unlawful detention facilities known as “black jails” in which agents hold citizens incommunicado for days and months, and violate their rights with impunity. Human Rights Watch’s new report, “An Alleyway in Hell”, details the abusive conditions endured by detainees of China’s black jails, the active complicity of the Chinese government in their creation and its failure to take action against the human rights violations associated with them.

Black jail detainees are routinely deprived of food, sleep and medical care, and subject to violence, threats theft and extortion by their guards. Some domestic researchers and civil society activists suggest that the numbers of the detained each year, for periods of time ranging from several days to several months, reach into the thousands.

Human Rights Watch research, as well as that by Chinese civil society activists, indicates the majority of black jail detainees are petitioners, citizens from rural areas who come to Beijing and provincial capitals seeking redress for abuses ranging from illegal land grabs and government corruption to police torture. Despite convincing evidence of the direct involvement of government officials, security forces and their agents in the operations of black jails, the Chinese government chooses to publicly deny their existence.

Sophie RICHARDSON is the advocacy director of Human Rights Watch, Asia Division and oversees the organization’s work on China. She has testified before the European Parliament and the US Senate and House of Representatives. She has provided commentary to the BBC, CNN, the Far Eastern Economic Review, Foreign Policy, National Public Radio, the New York Times, the Wall Street Journal, and the Washington Post. She is a graduate of the University of Virginia, the Hopkins-Nanjing Program, and Oberlin College.